“Trauma” is a bruise of a word, like “hematoma,” blue and black and yellow: blood pooling under the skin from an exchange of kinetic energy. Traumas were the bookends of my relationship with my father, our whole story beginning to end.

The first trauma came from the sky, hurtling toward Earth. Gravity is the force that attracts a body toward any other physical body having mass. Daddy had a physical body and he had mass, but the earth was bigger, and as it pulled him toward its center he crashed into its hard outer crust first. He was unable to reach the center, and the result was trauma.

When I Google “trauma,” the third or fourth result is “Traumatic Brain Injury (TBI).” Daddy had visible signs on his body from the first trauma, like the damage to his left eyelid, but you can’t see a TBI. Unless I guess you count the way I pick at my cuticles until I bleed when I get nervous or the way I jump at loud noises. You can’t see a TBI, but his blowups were always predicated by the slamming of the screen door.

The kinetic energy associated with a moving object is equal to one half the mass of that object multiplied by the velocity of the object squared (1/2 mv2). In general, a somewhat lighter object traveling at high speed will cause more damage than a heavier object traveling at low speed. By that logic, my father’s Harley Davidson motorcycle caused more damage to him than the semi-truck he slammed into.

One common type of blunt force injury is the so-called brush-burn abrasion. Brush-burn abrasions are broad, dried abrasions that often have a yellow-orange or orange-red coloration. These abrasions are caused by dragging or scraping the surface of the skin against a rugged surface; they are most often encountered when a body slides on pavement.

“Most autopsies of deaths resulting from blunt force injuries do not require additional ancillary studies, because the cause and manner of death can be ascertained from the standard autopsy and, when necessary, special dissections.” The coroner did not order an autopsy—Daddy may have died from a heart attack that caused him to hit the semi, but the blunt force injuries were enough to have killed him. It was determined that Daddy did not need any special dissections.

What I do remember is that that Daddy had a white scar running down his left arm—or was it his right?—from the first trauma. I remember this and I strive to remember it, as I know my memory of his alive body, of his person, will fade with time. He never liked having his picture taken. 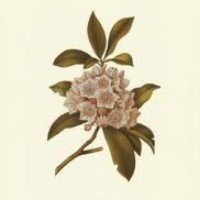 Kelsey Allagood, 30, lives in the Washington, DC area. In the daytime, she writes grant proposals for international development and democracy support programs.